On the first of November the Ocean X Team went to Prague to meet a VIP regarding the Panama projects. It is the first step to realize the plans of a long term venture in the South Americas. Next meeting is planned to be held in January in Panama.

Swedish steamer, 39 meters long, which was sunk by a German U-boat in May 1917 about 20 miles north of the Åland Islands. The steamer had 1000 bottles of cognac in boxes labelled “D.H.C” and 300 bottles of liquor both of unknown variety in the holds. The wreck was first found in 1999 by the originator Peter Lindberg and his crew. However, due to lack of funds the project was halted for yet 5 more years before being able to return to the position. But in 2004 it could be determined that the exact coordinates for the position was uncertain and a new search within a restricted area had to be done to ensure the exact position. During an expedition in May 2011 the wreck was finally found at a depth of 82 meters. No salvage of the cognac- or liquor bottles has yet (January 2012) been done.

A Swedish two-masted motor sailor, 26 meters long, was sunk by a German U-boat in November 1916 west of Rauma, Finland. She had 1 680 bottles of champagne divided into 28 boxes, 3 of which were on the deck and the remaining 25 in the cargo holds. The search for the wreck has already started and at the time of writing (February 2012) has about 50 square kilometres of seabed being scanned and surveyed. It will take about 3-4 days before the entire search area is covered. To be mentioned is that the brand of the champagne is unknown. However, since Louis Roederer lost some 80 percent of their export market at the time of the Russian revolution, there is a great chance that the champagne in her holds are of the fabulous Louis Roederer Crystal. If it is not, one must remember that in 1998 the “Jönköping” project reached world record prices when selling 24 bottles at Christie’s “Champagne auction of the century”. The “Jönköping” champagne was of a less fancy champagne brand; Heidsieck & Co MONOPOLE Gôut Americain 1907 compared to Louis Roederer but still it reached 93 points out of 100 when tested by experts after being recovered from the wreck of “Jönköping”.

After recovery of the champagne from the Jonkoping, some 300-400 bottles of champagne were missing from the original load of 3 000 bottles. These bottles probably fell overboard when Jonkoping sunk and ended up on the bottom in proximity to the wreck. When the “Jönköping” was salvaged no survey of the bottom around the wreck was executed, therefore these bottles were missed.

The Company Carl Fabergé was Tzars Nicolas II master jeweller. Fabergé made the very famous Easter Eggs that the Tzar gave as Easter gifts to his mother and his Tzarina. A total of 50 Eggs, each one unique and incredibly valuable at that time they were made. Today the value is even a bit higher, the value for one Egg would be about USD 28 million.

At the time of the Russian revolution, and after, many of the Eggs were scattered all over the world. Their whereabouts of the 50 Eggs during the decades can in most cases been traced, except three of them; Hen Egg with Sapphire Pendant (1896), Royal Danish Egg (1903) and Alexander III Commemorative Egg (1909).

A remarkable “story” was told for the Ocean X Team some 15 years ago. It had all of what is needed to make a great movie; The Russian revolution, the Tzar trying to save some valuables, an young Fabergé apprentice carefully packing the eggs and other valuables in crates which was then secretly, while the streets were full of shearing Bolsheviks, hidden on board a ship. The ship leaving Petrograd and sink because of unclear reasons on its way to the destination.

Yes, it took a few years before we understood that it might be a true story! Ocean X Team has put some ten years of research in to this project and next step is to carry through research in the Eggs motherland; Russia.

And more projects to come…

There's nothing in my dreams, just some ugly memories. Kiss me like the ocean breeze.
Ylös 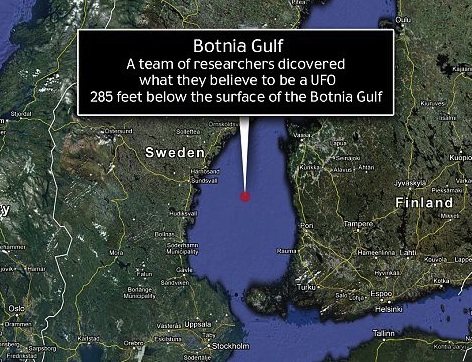