"Parents in hot-car death to divorce; wife says she still loves him

Justin Ross Harris, the Cobb County man facing murder charges for leaving his 22-month-old son to die in the back of his broiling SUV, now also is facing the loss of his wife.

In spite of her divorce filing this week, though, Leanna Harris is still in her husband's corner, friends and others close to the family said. They say Leanna called her husband's family on Wednesday to tell them she planned to file and also to say that she still loved them and she still loved Ross. But she also said she needed to move on.

“It is a very sad situation for everyone involved,” friend Julia Apodaca-Lane told the AJC. “This obviously isn’t the place they wanted this to end up, and they have worked very hard to keep it from this.”

One question provoked by Leanna Harris' divorce filing: How will it affect the murder trial of Ross Harris, which is scheduled to begin April 11? "
http://www.ajc.com/news/news/local/pare ... ll-/nqPCj/

Justin Ross Harris, the man accused of murdering his 22-month-old son by allegedly intentionally leaving him in a hot car while he went to his job at Home Depot, is finally facing trial.

Jury selection began on Monday at the Cobb County Courthouse in Marietta, Georgia, as attorneys from both sides began the arduous process of culling the 550 potential jurors down to 12.

On the June 14, 2014 day Harris allegedly left his son, Cooper, in the family's SUV, the outside temperatures were nearly 90 degrees. An autopsy found that Cooper died of hyperthermia.

Harris's attorney, Maddox Kilgore, contends that Harris merely forgot about Cooper because he was distracted, and that Harris never intended to harm his son.

Prosecutors charged Harris with eight felony counts, including malice murder, cruelty to children and criminal attempt to commit a felony.

Alleged Sexting and Strange Behavior
Prosecutors contend that Harris was not the loving father he claimed to be.

In a pretrial hearing, a detective told the court that Harris had exchanged sexual text messages with six different females while his son was dying in the car. One of the females he allegedly sexted was just 16 years old.

In a 2014 probable cause hearing, detective Phil Stoddard outlined Harris's alleged strange behavior, both before and after Cooper's death.

According to Stoddard, Harris had researched hot car deaths online. He also searched "how to survive in prison."

Surveillance video had shown Harris returning to the car during lunchtime and placing two boxes of light bulbs inside. He didn't look at Cooper's car seat.

Stoddard also testified that Harris grew belligerent with responding officers after discovering Cooper's lifeless body. When he was arrested, Harris allegedly said, "But there was no malicious intent."

Will His Wife Testify?
For nearly two years, Harris's wife, Leanna, has stood by him, calling him a good father.

Earlier this year, however, she quietly filed for divorce.

She is on the trial's witness list, but it's unclear whether she will be called to testify against or for him.


... Harris has always maintained that Cooper’s hot car death was a tragic accident, not murder, which Taylor echoed in her post on Monday.

“Next summer, as this begins to happen over and over again, ask yourself, ‘what can be done?!’ The problem is not the parent!” she wrote. “The problem is a society that refuses to believe this can happen to them! Wake up! Accept it! And by accepting it you will be protecting your child! 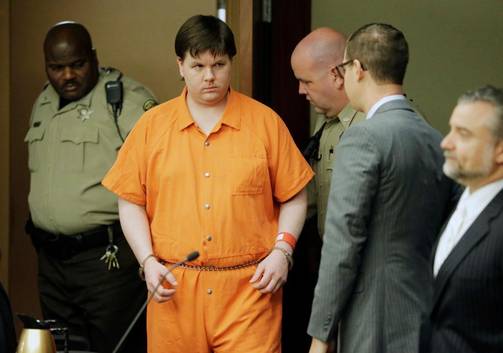